Service: A memorial services will take place at a later date. 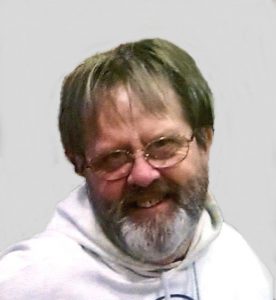 David Allen “Twiggy” Stensland, 69, passed away on Wednesday, November 4, 2020 at Sanford USD Medical Center.  Memorial services will be held at a later date.

David was born on December 27, 1950 to Orville and Lois (McCormick) Stensland in Canton, SD. He graduated from West Lyon High School in 1969.  He was a member of the South Dakota Army National Guard from 1970-1976.   He married Marsha Simunek on October 23, 1987 in Canton, SD.  David worked in motorcycle and automobile sales his entire life.

David, “Twiggy”, enjoyed talking with people, telling stories, jokes, making people smile and laugh, shooting pool and going to their trailer in Platte for weekends with family and friends.  David was a founding member of the “Klondike Racing Team” and grew up riding and racing in many local races including racing at the Sturgis Rally. In his later years, he would enjoy being a spectator at races including his annual pilgrimages to Davenport, IA for the Senior Races and Springfield, IL for mile track races.  He was a member of the American Motorcycle Club, several local motorcycle clubs, Our Saviors’ Lutheran Church and a former member of the American Legion.