Service: UPDATE- Mass of Christian Burial will be held at a later date. 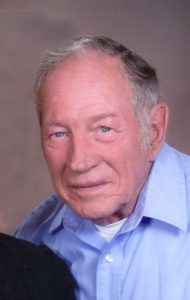 Stanley J. Wolf, age 81, died Thursday, October 8, 2020 at the Lennox Assisted Living Center.  Mass of Christian Burial will be held at a later date.   In lieu of flowers, memorials may be directed to the charity of your choice.

Stanley was born on September 26, 1939 in Des Moines, IA to Roger and Helen (Booth) Wolf.  He grew up in Des Moines, graduating from St. Thomas Catholic High School, Des Moines, IA in 1957.  He served his country in the U.S. Air Force.  Stanley lived in Des Moines, Anchorage, Minneapolis, Rapid City, Las Vegas, and moved to Canton, SD in 2004.  He married Shirley Stordahl on November 2, 1996 in Las Vegas, NV.  Stanley worked as an Electronics Tech for the FBI until his retirement in 2000.   After retirement, he worked at the Gold Coast Casino in Las Vegas and at Hilltop Cabinets in Canton.

Stanley was a generous man who loved his family and cherished spending time with them.  He enjoyed flying remote control planes, Sudoku, and working with his hands.