Visitation: Visitation, without family, will be Sunday, November 1 from 4-6 p.m. at Anderson Funeral Home in Canton.
Service: Private family funeral services will be held Monday, November 2. 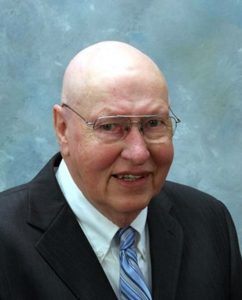 Kenny was born on October 11, 1931 in Canton, SD to Elmer and Marian (Anderson) Hoover.  He attended school in Canton before serving his country in the U.S. Army.  He married Norma Fry on June 7, 1953 in Inwood, IA. The couple made their home in Canton, SD until moving to Sioux Falls in 1979.

In addition to spending 30 years at Morrell’s and 19 years at Bid-Well, Kenny worked as a plumber, on the railroad, at the pheasant farm, and at the hardware store.  Kenny enjoyed pheasant hunting, water skiing, boating, going to the casino, bowling, talking to people and spending time outside.  He was also a member of the American Legion.

Kenny is survived by his wife of 67 years, Norma; son, Gary (Elaine) Hoover; Glenda (John) Dunlap; grandson, Mark Hoover; along with numerous nieces, nephews, and friends.  He was preceded in death by his parents; brothers, Dwight, Lowell, and Eugene; and sisters, Wava Burgess and Hope Cruz.