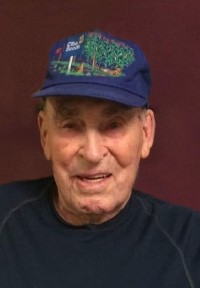 Harrold was born June 18, 1920 to Harold C. and Minnie (McCain) Johnson in Watertown, SD. The family later moved to the Harrisburg area. He grew up on the family farm and graduated from Harrisburg High School. Harrold met Margaret Larson and they married on December 2, 1942. They spent their life on the farm raising their family. Margaret died on February 3, 2013 after 70 years of marriage.

Harrold was a charter member of Shalom Lutheran Church in Harrisburg and served on the Board of directors for the Rural Electric Association and Farm Mutual Insurance.

He was preceded in death by his parents, his wife, Margaret, his son, Craig, his brothers, Lyle and Donald, and sister, Darleen.