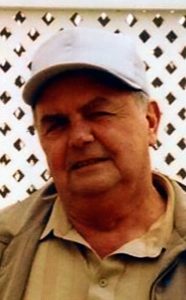 Willie was born November 20, 1935 in Beloit, IA the son of William and Marie (Ludvig) Wiebe.  He attended school in Canton until enlisting in the Marines in 1952. He served 3 years, most of which were in Korea.

Willie was united in marriage to Arlys Severson on Thanksgiving Day, November 22, 1956 at Beaver Creek Lutheran Church Northwest of Canton. They made their home in Sioux Falls, SD until 1966, when they moved to an acreage near Canton.

Willie passed away at Canton Hiawatha Heights having reached the age of 84 years, 7 months and 9 days.

On the day of his passing, a niece reached out and said, “Willie was my favorite uncle … He always told it like it was.” Another care giver said she will never forget walking into his room as he was sitting in his recliner eating a gallon of chocolate ice cream with a fork. He told her to grab a fork.