Visitation: Visitation will begin at noon on Saturday at the funeral home.
Service: Funeral services will begin at 2:00 p.m. Saturday, March 7th at Anderson Funeral Home in Canton. 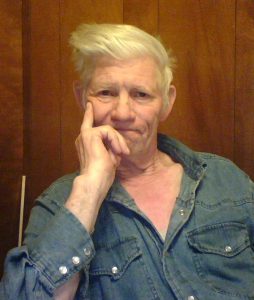 Harold was born on March 11, 1927 in Rock County, MN to George and Ann (Lafrenz) Ralfs.  He lived in Rock County and attended Luverne High School.  He served in the US Army from 1945 – 47.  He married Dorothy Baerenwald on September 9, 1950 in Luverne, MN.  The couple lived in Luverne until moving to Canton, SD in 1962 when Harry began working in the machine shop at Bid-Well.  He retired from Bid-Well in 1995 after 32 years of service.  He was a past member of the VFW and enjoyed working on his Studebaker, in his machine shop, fixing and building things, talking, and in his younger years, polka dancing.

He was preceded in death by his parents and sisters, Helen Siebenhaler, Velma Grant, and Julie Anderson.