Service: THE MEMORIAL SERVICE SCHEDULED FOR ROGER IVERSON ON SATURDAY, APRIL 4 AT SPRINGDALE LUTHERAN CHURCH HAS BEEN POSTPONED UNTIL A LATER DATE. 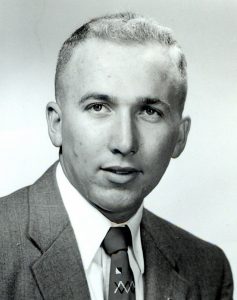 THE MEMORIAL SERVICE SCHEDULED FOR ROGER IVERSON ON SATURDAY, APRIL 4 AT SPRINGDALE LUTHERAN CHURCH HAS BEEN POSTPONED UNTIL A LATER DATE.

I was born at an “early age” in Sioux Valley Hospital to Ole and Vina (Robinson) Iverson on April 12, 1932.  Home was the same farm site my entire life.  Prairie Grove # 18 for first eight grades. I graduated from Canton High School in 1950 and attended two years at South Dakota State College.   I was selected by my “friends and neighbors” to become part of the US Army from December ‘52 to December ’54.  I served as Chief Radar Operator in Battery B 554 AAA Gun Bn of the North American Air Defense at Fort McArthur California.  After discharge, I returned to SDSC where I graduated with a degree in Ag Engineering in December 1958.  I became a part of JD Co. in March of 1959 as an “Area Service Manager”.  I traveled territories in WY, IA, NE, and SD.  I accepted early retirement in 1986 and then worked part time for Valley National Bank Farm Loan Dept from 1986 to 1997.  My dad passed away in October 2003 at age 106, my mother in May 2004.  My responsibilities increased according to how many cats were to be fed.  Springdale Lutheran Church has been home from baptism till now.

I was also a member of the Granite Threshermen’s Association, Harrisburg American Legion, Grieg Male Chorus, the South Sioux Falls Kiwanis Club, and a past member of the Harrisburg Fire Department.  I enjoyed volunteering at The Banquet and collecting John Deere memorabilia.