Service: Graveside services will be held in Pierre at a later date. Memorials may be directed to the charity of your choice. 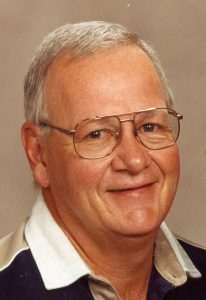 Lynn Edward Martell, age 66, son of Albert and Evelyn (Watson) Martell, passed away on Tuesday, December 17, 2019 at Sanford USD Medical Center in Sioux Falls, SD.  He was born on June 20, 1953 in McLaughlin, SD.  At the age of four, the family moved to Pierre where he grew up and graduated from Pierre High School in 1971.  He married Glorie Kielhorn on June 23, 1973 in Pierre.  After living in Illinois and Colorado, they moved to Canton, SD in February of 2016.  He retired on June 26, 2019 after driving truck for over forty years.

He is survived by his wife of 46 years, Glorie; sons Steven (Jessica Elliott) and Preston; grandchildren, Camden Elliott and Brennen Martell; sisters, Madelyn Spiess and Sharon (Wayne) Mitchell; along with numerous nieces and nephews.  He was preceded in death by his parents and brothers: Maurice, Merlin, Donald, William, Jerry, and Jack.

Graveside services will be held in Pierre at a later date.  Memorials may be directed to the charity of your choice.