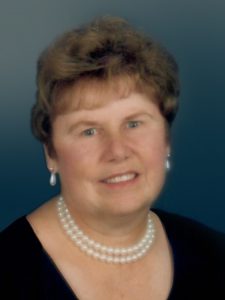 She was born January 22, 1941, in Canton, SD to Gerhard and Gladys (Rowe) Jensen. She graduated from Augustana Academy in 1958, and married David Anderson in 1961; moving to Burnsville in 1973. She was a committed homemaker who dearly loved her four children. She enjoyed volunteering at church, gardening and sharing the love of Jesus with many.