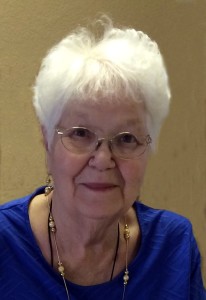 Arlene (Fossum) Cintella, age 81, passed away Tuesday, February 13, 2018 at The Neighborhoods at Brookview in Brookings, SD.  A memorial service will held at 10:00 a.m. Saturday, February 17 at Anderson Funeral Home in Canton, SD with burial to follow at Lands Lutheran Cemetery rural Hudson, SD.  Family will greet visitors one hour prior to the service.

Arlene was born on March 8, 1936 at home in rural Canton, SD to Edgar & Ella (Thormodsgaard) Fossum.  She grew up near Canton, graduating from Augustana Academy in 1954.  She married Ernest Fodness in 1954 and they farmed for several years in the Worthing, Canton and Oldham communities.  She later moved to St. Paul, MN and worked for Minnesota Life Insurance Co. She married Frank Cintella in 1997 and they retired to Florida.  After Frank’s death, she returned to South Dakota in 2013. Arlene enjoyed playing bingo, visiting casinos, and traveling, especially going on cruises.   She also loved spending time with her family, especially her grandchildren.