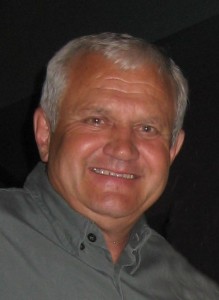 Ward L. Miller, 74, passed away Wednesday, Dec. 13, at Select Specialty Hospital in Sioux Falls surrounded by his loving family.  Funeral services will begin at 11:00 a.m. Monday, December 18, 2017 at Canton Lutheran Church, Canton, SD.  Visitation will be Sunday from 3-8 p.m., with family present from 5-7 p.m., at Canton Lutheran Church.  A prayer service will be held at 7 p.m.

Ward was born October 6, 1943 at Hawarden, IA to Harvey and Polly (Wold) Miller, one of 10 children.  He attended Blanchard Country School, rural Hudson and Hudson Public School, graduating in 1961.  While in school, he was active in athletics and loved playing football (number “32”).  He also played shortstop in softball and was nick-named “Chico”.

Ward married Babe McKee, the love of his life, on December 30, 1960.  They made their home in Hudson, where they raised their 5 children.  He worked at the Standard Station and Harry Miller Garage, owned Ward’s Rec, and also worked at Napa in Hawarden and Canton.  An active member of the community in Hudson, he served on the Volunteer Fire Department and School Board.  He and his family moved to Canton in 1984, where he owned and operated Ward Miller Auto Sales and Miller Homes.  He also sold real estate for Farm and Home Realty. Ward had a strong faith and was an active member of Canton Lutheran Church.

He enjoyed eating his Wheaties, attending auctions and watching baseball and football, especially the Minnesota Vikings.  He was definitely a family man and loved attending his children’s, grandchildren’s and great-grandchildren’s sport events and school activities.