Visitation: Visitation will be Friday from 2-8 p.m., family present from 5-7 p.m., at Anderson Funeral Home in Canton.
Service: Funeral services will begin at 10:30 a.m. Saturday, October 21, at Canton Lutheran Church. 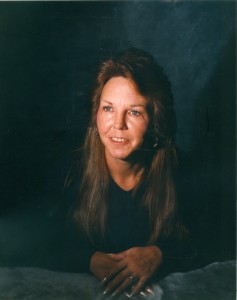 Janel was born on November 23, 1954 in Aberdeen, SD to Victor and Fern (Schwarting) McCart.  She graduated from Washington High School in 1973.  She also graduated from Nettleton Beauty College as a cosmetologist.  She married Alan Plucker on April 6, 1984 at Canton Lutheran Church.  She worked as a cosmetologist before spending 17 years at McCord’s/Adams.

She enjoyed horseback riding in her younger years, fishing, hunting, riding Harleys, doing her nails, and spending time with family and friends.  She also loved all types of crafts, especially beading and sewing.  She cherished her dogs, Cocco and Spice.