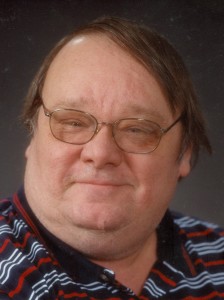 At the age of 16, Emil started working after school at Otis Radio continuing until they closed.  He began working for the Canton Good Samaritan Society as a CNA in August of 1974 until retiring for health reasons in August of 2003.

Emil loved dogs, he was never without one, growing flowers, and traveling.  For many summers, he would load up his van with family and friends and travel the United States, Canada, and Mexico.

Grateful for having shared his life are his sisters, Bonnie (LeRoy) Hemmer, Madison, SD and Erma Jean Thompson, Canton; along with numerous nieces, nephews, and friends.    Emil was preceded in death by his parents, sisters, Karen Farnsworth and Charlotte O’Brien; brothers-in law, Louis O’Brien and Donald Farnsworth; and niece, Brandy Wahl.