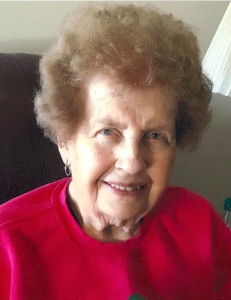 Joyce was born on February 19, 1929 in Minneapolis, MN to Louie and Gena (Anderson) Adamson.  They moved to her grandmother’s farm outside of Renner, SD in the early 1930’s.  She attended the local school and was active in her church.  She graduated from Augustana Academy in 1947.

Joyce graduated from the Sioux Valley Hospital School of Nursing in 1950.  She married her high school sweetheart, Allen Paulson, on October 20, 1950.  After Allen’s Army service during the Korean War, they owned and operated the Norway Center Store in rural Lincoln County until the early 1960’s, when they moved to Canton.  She loved nursing and worked at several hospitals during her life and was the Director of Nursing at the Canton Good Samaritan Center until she retired.

Joyce was a woman of great humor, joy, and kindness.  She kept busy with rosemaling, reading, card club, Bible study, and many other activities.  Her faith was deep and she passed it on to her family.  She treasured her family and friends and knew that she would be with the Lord in Heaven.

Memorials may be directed to Redeemer Free Lutheran Church in Canton, SD or the American Cancer Society.