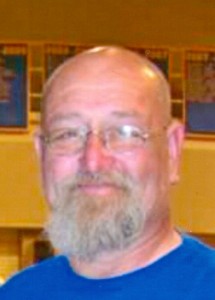 Evert “Fluff” Lauritzen, 60 passed away Tuesday, March 28, 2017 at Avera McKennan Hospital in Sioux Falls.  His funeral service will be at 10:30 a.m. Friday, March 31 at Redeemer Free Lutheran Church in Canton.  Visitation will begin at 9:00 a.m. prior to the service.

Fluff was born July 15, 1956 at Sioux Falls, SD to Ellsworth and Faye (Haverburg) Lauritzen.  He attended school in Centerville, graduating in 1974.

Fluff was united in marriage to Dixie Ewoldt December 7, 1985.  They made their home in Canton.  He loved his girls, grandchildren, and his cats, Gus and Sasha.  He enjoyed hanging out with his friends, especially on ‘inventory night”.  Fluff was currently living in Lennox, SD and in rehab at Covington Heights in Sioux Falls.

Survivors include 3 daughters Danelle Letscher, Daneen (Jason) Gannon, and Dyan Kumlien, all of  Canton; 9 grandchildren- Joseph, Ariana, Dayton, Katee, Grace, Kollin, Jewel, Cain, and Rebecca; and 3great-grandchildren, Bo, Lane, and Axel.  He was preceded in death by his parents and wife, Dixie.