Visitation: Family will greet visitors Thursday from 6 to 7:30 p.m. prior to the service.
Service: His memorial service will be at 7:30 p.m. Thursday, March 30, at Anderson Funeral Home in Canton. 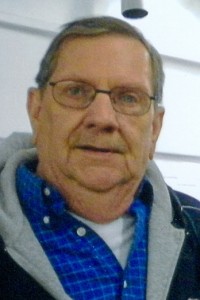 Donald “Butch” Robbins, 72, passed away Saturday, March 25, 2017 at Lennox Good Samaritan Society.  His memorial service will be at 7:30 p.m. Thursday, March 30, at Anderson Funeral Home in Canton.  Family will greet visitors from 6 to 7:30 p.m. prior to the service.

Butch was born December 1, 1944 in Canton, SD to Kenneth and Lana (Howard) Robbins.  He grew up and attended school in Canton.  He enjoyed hunting, fishing, and playing baseball with his friends.

Butch joined the US Marines in 1963 and served in Okinawa, Japan, the Philippines, Hawaii, Hong Kong, and Vietnam.

Over the years he worked in the construction and masonry business.  He worked for Al VanBeek in the Hawarden, IA area for many years before buying the business in 1986.  Butch owned and operated Robbins  Masonry and Construction for many years.   He was most recently known for his handyman skills around Canton, where he did carpentry work for many of his friends.  He enjoyed his daily walks and enjoyed visiting friends at “happy hour”.