Visitation: Visitation, with family present, will precede the service at the church beginning at 5:30pm.
Service: Memorial services will begin at 7pm on Tuesday, March 21st at Canton United Methodist Church. 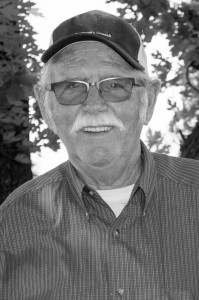 Arie was born on November 22, 1935 in California to Charlie and Josina (VandeKieft) Hilt.  He spent his childhood years in California.  The family moved to rural Inwood, Iowa.  He proudly served in the U.S. Army and was stationed in Korea.  On June 6, 1958 he was united in marriage to Beverly Breen in Canton SD.  He resided in rural Canton until moving to the Good Samaritan Center in November 2016.  Arie spent most of his working years at the Farmers Coop Oil in Canton, as the propane man.  He enjoyed farming the family farm until retirement.   He loved cooking, gardening and spending time with his family.

He is survived by his wife of 58 years, Beverly; daughters Charlotte Farnsworth and Julie Oppold ( Bill Knutson) all of Canton;  son, Dale (Joanne Kuusela) of Sioux Falls, 8 granddaughters; 18 great-grandchildren; brothers, Charlie (Pearl), John, and Raymond (Greta) all of Canton;  sister Betty (Ken) Garcia also of Canton; along with many extended family and friends.

He was preceded in death by his parents, and 2 infant children.

The family requests that in lieu of flowers, please consider a donation to Canton Love Inc. or Canton Ministerial Association.