Visitation: Family will greet visitors an hour prior to the service.
Service: RESCHEDULED DUE TO WINTER STORM- Memorial services will begin at 2:00 p.m. SATURDAY, February 25, 2017 at Anderson Funeral Home in Canton. 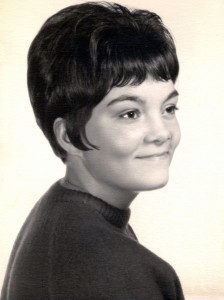 Inwood, IA.  Marsha L. Ingebretson, age 67, passed away peacefully at her home on Sunday, February 19, 2017 amongst her family.  RESCHEDULED DUE TO WINTER STORM -Memorial services will begin at 2:00 p.m. SATURDAY, February 25, 2017 at Anderson Funeral Home in Canton.Family will greet visitors an hour prior to the service.

Marsha Lynn Mullinix was born on September 14, 1949 to Howard B. and Madonna Maree (Hoffey) Mullinix in Canton, SD.  She attended Eastside School before moving to California where she graduated from Artesia High in Artesia, CA.  After graduation, she returned to the Midwest and married John Reiter on April 9, 1968 in Hennepin County, MN.  They had one son, John Adam Reiter.

She married Frank Axel Anderson on September 15, 1975.  They had two sons, Justin Lee Anderson and Aaron Axel Anderson.  On October 7, she married Thomas O. “Bud” Ingebretson who she had a crush on when they were kids.

Marsha ran a daycare in her home when her kids were young.  She then worked in the Twin Cities at a fast food restaurant and a Kinko’s.  After retiring in May of 2008, Thomas and Marsha made their home in Inwood, IA, where she remained until her death.

Marsha loved genealogy.  She spent countless hours and traveled extensively collecting and organizing her family’s history.  She also was a lifetime member of VFW Auxiliary Post 3146.