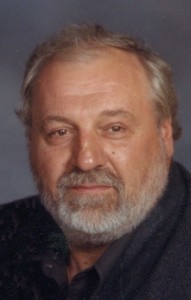 Loren was born August 21, 1948 to Loren and Arlene (Curell) Myers in Seneca, KS.  He attended grade school in Centralia, KS until the family moved to rural Beresford, SD in 1957.  He then attended Plain View country school and Canton High School, graduating in 1966.  After graduation, Loren attended USD-Springfield for auto mechanics. He then entered the Army and served our country from 1969-1971. After his discharge, he attended SE Tech for diesel mechanics.  Loren lived out his passion as a mechanic at Holcomb Freightliner, spent 36 years at Sioux Falls Kenworth and most recently worked at Inland Truck Parts.  His other passion was being able to farm his family homestead.

In 1983 he met the love of his life, Joan Enstad.  They were married on September 8, 1984 at East Side Lutheran Church in Sioux Falls, SD. They enjoyed going dancing, spending time with family and friends, but most of all, he enjoyed working on the farm.

Loren was a lifetime member of Romsdal Lutheran Church, where he served on the Church Counsel along with numerous other roles.