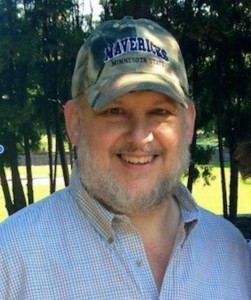 Stephen Douglas Short was born November 19, 1955 in Canton, SD to Robert and Iola (Hermann) Short.  He attended school in Canton, graduating in 1974.

Stephen was united in marriage to Kristi Marie Bartscher on February 9, 1990 and made their home in Canton.

We will always remember Stephen for his dedication and love for his family. He was a quiet gentle giant that would give you the shirt off his back. His strong work ethic and commitment to serve others is reflected in his 41 years at Adams Thermal and his work on the family farm. Stephen’s highest priority and focus was to Kristi as a caring husband and supportive parent. When talking to Stephen or in a room full of family, he always had a smile on his face (but many of us knew, he probably just didn’t hear you). You always could count on Steve with a nod and grin – making you feel safe and loved. He spent many proud moments watching Ben on the football field or Katelyn on the basketball court. Stephen cherished his time growing up and working on the family farm with his sisters Joyce and Janet.  He always enjoyed hunting with Ben and building beautiful creations with Katelyn. The farm was where Steve felt most at home and happiest, especially driving in the combine or making sure the barn radio station was playing his rock and roll.

Those grateful for having shared his life are his wife of 26 years, Kristi; his children- Benjamin Short and his fiancé, Paige McMains, Canton, Katelyn Short, Mankato, MN along with Matt, Josh and Jenny Short all of Sioux City, IA; his mother Iola Short, Canton; two sisters, Joyce Short, Sioux City, IA and Janet Short, Canton; and many cousins and extended family and friends.  He was preceded in death by his father, Robert.