Visitation: Visitation will be Thursday from 2-8 p.m., family present from 6-8 p.m., at Anderson Funeral Home in Canton.
Service: Funeral services will begin at 10:30 a.m. Friday, January 20 at Bethany Reformed Church in Canton, SD. 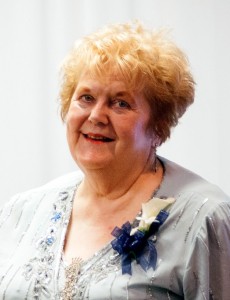 De Lois Maureen VanDenTop, age 76, passed away peacefully with her pastor and family by her side on Sunday, January 15, 2017 at Southridge Health Care.  Funeral services will begin at 10:30 a.m. Friday, January 20 at Bethany Reformed Church in Canton, SD.  Visitation will be Thursday from 2-8 p.m., family present from 6-8 p.m., at Anderson Funeral Home in Canton.

Maureen was born on April 13, 1940 on a farm near Inwood, IA to Olaf and Gladys (Huckfeldt) Eiesland.  She attended rural Sunnyside grade school and Canton High School where she was active in vocal music, piano, accordion, and alto saxophone.  After graduating valedictorian in 1957, she worked at the local A.S.C. office for 25 years.  Maureen enjoyed singing, music, and was an excellent cook.

She married Gerrit VanDenTop on September 24, 1960 at Canton Lutheran Church.  The couple had the privilege to start farming with Oliver Rikansrud and Gladys and Ron Eiesland.  The couple lived and farmed near Canton until moving to Touchmark At All Saints in Sioux Falls in 2013 due to Maureen’s failing health.

Grateful for sharing her life are her husband of 56 years, Gerrit; son, Jason (Jaci) VanDenTop and their children Anthony (Emily) Johnson, Alyssa (Josh) Miller, Derek, and Cecelia, all of Canton, SD; sister-in-law, Jennie Brower, Hills, MN; along with numerous nieces, nephews, and friends.  She is preceded in death by her parents and brother, Ronald Eiesland.

In lieu of flowers, memorial may be directed to the charity of your choice.