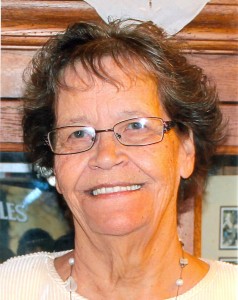 Helen was born on July 29, 1931 in Canton, SD to John and Mary (Van Der Meer) VanLaar.  She attended school in Canton.  She married Arthur Floyd Miles on March 30, 1954 in Sioux Falls, SD. Five children were born to this union: Debra, Corky, Cindy, Pam and John.

On September 8, 1967 she married the love of her life, Stephen LaMont “Monte” Volsch.  In addition to raising her 5 children, Helen enjoyed traveling with Monte and playing pitch with friends and family.  The couple lived in the Sioux Falls and Harrisburg area until Monte’s death in 1987.  She then lived with her oldest daughter, Debra, in Anchorage, AK, Rapid City, SD,  Rockford, TN, and Sioux Falls, SD.

Helen moved into the Edgewood Vista assisted living center on February 25, 2012.  She was a beloved resident who loved joking and making people laugh.  She also was an avid card and marble player.