Visitation: Visitation will be held one hour prior to the service.
Service: Funeral services will begin at 2:00 p.m. Monday, Sept 12th at the Anderson Funeral Home in Canton, SD. 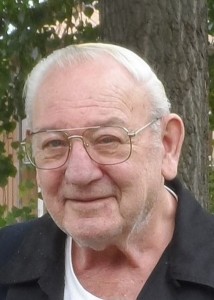 Marion (Mike) Kruid went to his eternal rest on September 7th, 2016. Funeral services will begin at 2:00 p.m. Monday, Sept 12th at the Anderson Funeral Home in Canton, SD.  Visitation will be held one hour prior to the service.

Mike was born in Paulina, IA to Henry and Fannie Kruid on October 12th, 1938. He attended school at Country School Garfield #5 near Hawarden, IA. Mike was stationed in Germany while serving in the US Army from 1958 – 1961.

Mike married Carole Paulson Beadle on August 28th, 1970.  He spent his entire career as a welder/machinist beginning with Muv-All in Sioux City, moved to Canton, SD in 1976 working for Heavy Haul, and retired from Bidwell in Canton in 2008.

He enjoyed watching Nascar races, tinkering in his garage, and spending time with his neighbors, Tara and Greg, at their near nightly bonfires. The family extends a special thank you to Greg and Tara Ekle for their watchful eyes and companionship.

He enjoyed his visits with his siblings and to Sioux City for his holidays. He enjoyed watching his great-grandchildren but also savored his quiet trip home.