Visitation: Visitation with family present will be Sunday from 5-7 p.m. at Heritage Funeral Home in Sioux Falls, SD.
Service: Funeral services will begin at 10:00 a.m. Monday, September 12 at Bethany Reformed Church in Canton. 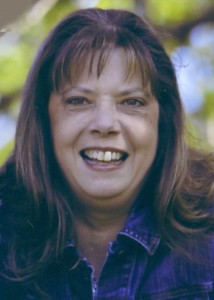 Lisa Marie Uthe, 53, went home to the arms of her Savior Jesus Christ on Thursday, September 8, 2016 at Sanford USD Medical Center.  Funeral services will begin at 10:00 a.m. Monday, September 12 at Bethany Reformed Church in Canton.  Visitation with family present will be Sunday from 5-7 p.m. at Heritage Funeral Home in Sioux Falls, SD.

Lisa was born on April 9, 1963 to John and Margaret “Peg” Swent joining two older sisters.  She grew up in Stickney where she was baptized and confirmed at St. Paul Lutheran Church.  She graduated from Stickney High School in 1981.

Lisa worked various jobs in the Sioux Falls area until she found her life’s calling as an associate at Showplace Wood Products in Harrisburg where she worked until her death.

On September 21, 2013 she married Marshal Uthe at the River of Life Church in Canton, SD.  She was very active within the church, many times running the media center.  Lisa was very creative, taking old wood or scrap material and transform it into works of art.  She was also an active member of Al-Anon and was always ready and willing to help others.

Lisa loved her Lord and Savior and lived her life in an attitude of praise of what He had done for her.