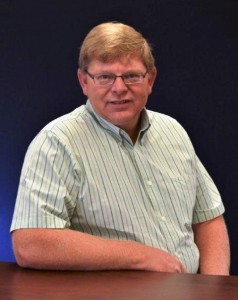 Kurtis Dale Reitsma, 53, of Tea, SD, joined the Lord in Heaven on July 2, 2016, at 11:10 PM while at Sanford Hospital. He suffered a massive brain hemorrhage as a result of a ruptured brain aneurysm.  Mass of Christian Burial will be at 10:00 a.m. Saturday, July 9, 2016 at St. Nicholas Catholic Church in Tea.  Burial will be at Holy Rosary Cemetery in Kranzberg, SD.  Family will greet visitors from 5 to 8:00 p.m. Friday at St. Nicholas Catholic Church.  A scripture service will begin at 6:30 p.m.

Kurt was born to Theodore and Elaine (Willts) Reitsma of Bigelow, MN, on May 21, 1963. Kurt grew up in Bigelow and spent many hours in his father’s blacksmith shop, recounting fond memories to anyone that would listen. He attended Faith Christian and Worthington High School. He continued on to Minnesota West Community and Technical College in Pipestone, MN, where he graduated with an associate’s degree in Lumberyard Management.

Shortly after graduation from technical school, Kurt moved to Hawaii where he worked for Garst Seeds. After a few years, he decided to return home to attend South Dakota State University where he obtained a Bachelor’s and Master’s degree in Plant Science. While attending SDSU, he met his wife Christine (Hupf) Reitsma, and they married on June 20, 1992. They had three children: Megan (22), Mitchell (20), and Michelle (15).

After graduating from SDSU, Kurt and Chris moved to Pierre, SD where Kurt worked as a Program Specialist for the South Dakota Department of Agriculture. Though he loved living by the river, the family moved from Pierre to Tea in 2007, and he returned to SDSU as a Research Associate for the Plant Science Department. While at SDSU, Kurt helped to develop a mapping program called ArcGIS and a specialized corn planter; he also authored several book chapters and research papers. In 2014 Kurt found the job of his dreams as a Certified Service Agent for Encirca-Pioneer and carried out the rest of his career with them.

When Kurt was not working diligently with farmers, he enjoyed all kinds of outdoor activities, including fishing, gardening, camping, bird watching, hiking, swimming with his dogs, and caring for his “girls,” the chickens. Though modest, he was also an excellent woodworker. Kurt is survived by his wife Chris, daughters Megan and Michelle, son Mitchell, mother Elaine, sisters Marian Reitsma and Marcia Anakalea, in-laws Mary and Elmer Hupf, Kevin and Stacy Niemann, Cheryl and Bill Lindner, Randy Hupf, and many nieces and nephews. Kurt was preceded in death by his father Theodore, brother Kenneth, and nephew Jason Galles.

In lieu of flowers, donations can be made to GoFundMe.com/KurtReitsma for the higher education of Kurt’s children.