Gordon Ira Wilkinson was born April 26, 1939 at Hudson, South Dakota, son of Ira and Mildred (Johnson) Wilkinson.  He graduated from Beresford, SD High School in 1957.  Gordon attended the School of Mines in Rapid City, SD for one year and graduated from USD at Vermillion, SD in 1961.  Gordon served in the South Dakota Air National Guard from 1961 to 1967.

Gordon married Wilma Louise Johnson in Memphis, TN. Gordon was employed as a sales analyst with Nielson Co. until his retirement.

Gordon is survived by his wife, Wilma; sister, Janice (Doug) Mallie; three nephews; aunt, Ardell Johnson; and many other relatives.

He was preceded in death by his parents, Ira and Mildred, and an infant brother Curtis. 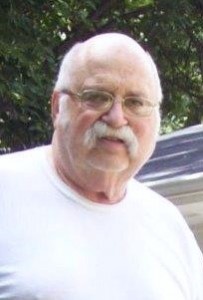 Graveside services will be held 11:00 a.m. Sunday, July 10, 2016 at Grand Valley Lutheran Cemetery south of Canton, SD.  Following the service, visitation will be held at the Pizza Ranch in Canton.