Visitation: Visitation with family present will be Monday from 2-5 p.m. at Anderson Funeral Home in Canton.
Service: Funeral services will begin at 1:30 p.m., Tuesday, May 31 at Canton United Methodist Church. 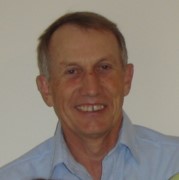 Gary Wendell Romereim, age 65, died Thursday May 26, 2016 at his home surrounded by his loving family. Funeral services will begin at 1:30 p.m., Tuesday, May 31 at Canton United Methodist Church.  Visitation with family present will be Monday from 2-5 p.m. at Anderson Funeral Home in Canton.

Gary was born in Canton, SD on April 9, 1951 to Ralph and Mavis (Enstad) Romereim. He was baptized and confirmed at Canton Lutheran Church. He attended Sunnyside number 5 country school until the school closed, then attended C. C. Jacobson Elementary and Canton High School, graduating in 1970.

Gary married Wilma Van Den Top on June 8, 1972 at her parents’ farm. Together they lived and farmed in the Canton area for nearly 44 years. Gary started farming with his dad as a young boy and never lost his love of the land. He started raising cattle and built a herd of Herefords that were his pride and joy.  In addition to his love of Herefords, he also loved to collect Allis­Chalmers tractors. Gary shared his endless love of farming with family and friends, including serving 25 years as a leader of the Dakota Farmers 4-H club.