Service: Her Service of Remembrance will be at 5:00 p.m. Tuesday, May 10, at Anderson Funeral Home in Canton. 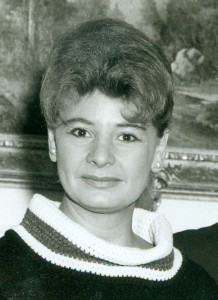 Sioux Falls.  Bonnie J. Slade, 88, formerly of Canton, passed away Saturday, May 7, 2016 at Sanford Centennial Hospice.  Her Service of Remembrance will be at 5:00 p.m. Tuesday, May 10, at Anderson Funeral Home in Canton.

Bon was born August 31, 1927 at Burlington, IA, to Justin and Nancy Jane (Orton) Robbins.  She attended school in Burlington, graduating in 1945.  She continued her education at Burlington Community College and The University of Illinois.

Bon was united in marriage to William “Bill” Slade June 26, 1960 in Canton, SD.  They resided in several countries since her husband was a career Air Force officer.  Bon also served as a Foreign Service Officer for the U.S. Government for 20 years.  Their careers brought them to Spain, China, India, South Africa, the Netherlands, and Washington, D.C.  They moved to Canton in 1969, where she was a member of Canton United Methodist Church.  Bon moved to Sioux Falls following Bill’s death in 2005.