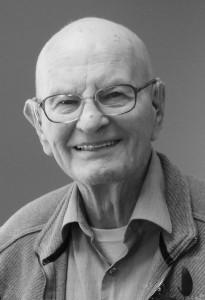 Mahlon was born on November 6, 1925 on a farm near Alcester, SD to Clarence and Ruth (Eneboe) Johnson.  He graduated from Alcester High School in 1943.  He served in the US Army from 1951-1952.  While on leave, he married Delores Roti on April 28, 1951 at Trinity Lutheran Church, rural Hudson, SD.  Following his discharge, the couple moved back to the farm near Alcester where they lived and farmed until moving to Canton in 2011.

After retiring, the couple wintered in Arizona for 26 years and also spent a month in Europe.  Mahlon was also a regular pool player at the Alcester City Auditorium and he was an avid New York Yankee fan.