Visitation: One hour prior to the service.
Service: 1:00 p.m. Saturday, April 30 at Canton Lutheran Church 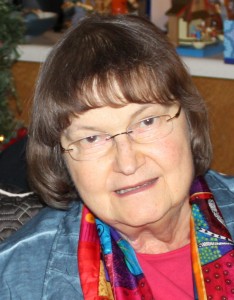 Le Ann was proud of her professional accomplishments. She worked as a nursing supervisor at Sioux Valley Hospital, owned her own rehabilitation services business in Sioux Falls, and retired from nursing from Avera Hospital in Sioux Falls. She loved to travel and enjoyed sharing that passion with her family. Le Ann was an avid knitter and treasured her grandchildren.

The family would like to extend love and appreciation for the many people who helped care for Le Ann, especially Della, Sandy, and Yvonne.

Please join us at Canton Lutheran Church at 1:00 p.m. Saturday, April 30 for a memorial service.  Family will be present 1 hour prior to the service to greet visitors.