Visitation: A visitation in Canton, SD will be Sunday from 2-8 p.m., family present from 6-8 p.m., at Anderson Funeral Home.
Service: Funeral services will begin at 2 p.m. Monday, March 14 at First United Methodist Church in Mitchell, SD. Family will be present at the church for visitation two hours prior to the service. 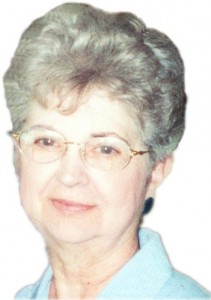 Donna Paul, age 81, died Wednesday, March 09, 2016 at the Canton Good Samaritan Society. Funeral services will begin at 2 p.m. Monday, March 14 at First United Methodist Church in Mitchell, SD. Family will be present at the church for visitation two hours prior to the service. A visitation in Canton, SD will be Sunday from 2-8 p.m., family present from 6-8 p.m., at Anderson Funeral Home.
Donna DeVonne was born on July 8, 1934 in Minot, ND to Archie and Rose (Geyer) Dennis. She graduated from Minot High School in 1951 and met her future husband, Howard Paul, that same year after his family moved in next door to the Dennis family. Donna and Howard were married on July 25, 1954 in Minot, ND. Donna began her career as a secretary in 1951 and continued when the couple moved to Fargo, ND after their marriage, where Howard attended college. Donna became the Medical Records Librarian at St. Joseph Hospital in Fargo, a position she excelled at despite having no specific medical terminology training. Following Howard’s graduation in 1956, the couple moved to Watertown, SD where she worked as a secretary for Midland National Life.
In 1957 the couple moved to Bismarck, ND where Donna briefly worked as a secretary until the birth of their first child, Stephen. The family moved to Huron, SD in 1961 following Howard’s appointment as City Engineer, where their daughter, Deborah was born. In 1962 the family moved to Mitchell, SD where Howard became a partner in an engineering firm (now Schmucker, Paul, Nohr, & Associates) and Donna became a full time homemaker, famous for her chocolate chip cookies.
After Steve and Debbie entered high school, Donna worked as an assistant librarian in the Mitchell Public Library, a position she really enjoyed. In 1981, Donna and Howard moved to Grand Junction, CO where Howard managed an affiliated engineering firm. Donna was employed as a secretary in a real estate office and was selected as one on the top five secretaries in the Grand Junction area. In 1985 the couple returned to the Mitchell engineering office and Donna worked as a secretary in the regional office of the SD Extension Service, a position she held until that office closed. She then worked at SPN until she and Howard retired in 2000. Following retirement, they moved to Canton, SD.
Donna was preceded in death by her parents and daughter, Deborah. She is survived by her husband, Howard; son, Stephen, Mitchell, SD; son-in-law, Randy Woods, Canton, SD; grandsons, Casey Paul (Katti & great-granddaughter, Alli Marie), Cameron Paul, and Tanan Woods; granddaughter, Holly Rosenbaum; brothers, Hillis and Archie, both of Oakridge, OR, sister, Darlene, Bismarck, ND; nephew, Lanny Verner, Redondo, CA; a very special friend, Inez Orthmeyer, Sioux Falls, SD; along with many other friends and relatives.