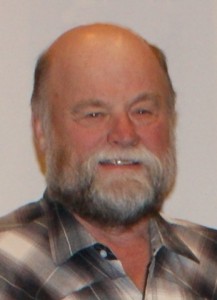 Dennis S. Hardy, 70, of Beresford passed away on Wednesday, Sept 2, 2015 at Avera McKennan Hospital in Sioux Falls after a courageous fight with cancer. His funeral service will be Sunday, Sept. 6 at 2pm at Canton United Methodist Church. Visitation will be Saturday evening from 4-8pm at Canton United Methodist Church with family present from 6-8. A time of sharing will begin at 7pm. In lieu of flowers, the family invites donations to Canton United Methodist Church, Lincoln County 4-H Leaders Association, Avera McKennan Transplant Institute, or charity of your choice.
Dennis was born on April 10, 1945 to Scott and Miriam (Loken) Hardy. He attended Pleasant View #31 rural school. He graduated from Canton High School in 1963 and received his B.S. in Electrical Engineering from SDSU in 1967. He married Lynette Bong on April 7, 1966. Following Dennis’ graduation from SDSU, they made their home in Ilion, NY where Dennis worked for Remington Arms as a computer programmer. They moved in 1974 to Marshalltown, IA, where he worked for Fisher Controls in sales & marketing. His love of the land drew him back to the farm. In 1981, they moved home to South Dakota. Dennis and Lynette farmed and ran their DeKalb and Asgrow seed business until retirement in 2013.
Dennis was a passionate advocate for farmers, and he was a leader in bringing value-added agricultural opportunities to South Dakota. He was not afraid to take risks, and was involved in numerous agribusiness ventures, including a pork production cooperative, ethanol, biodiesel, Corn Growers, Soybean Growers and the South Dakota Soybean Research and Promotion Council. He was an original member of the board of directors for the soybean checkoff, and was the only director from South Dakota nominated for the original United Soybean Board. He served on the North Central Soybean Research Program, a consortium of 10 soybean producing states. His latest passion for value added projects combined with concern for the environment led to his serving on the board with Dakota Power Community Wind Project. He was a visionary progressive leader for agriculture and rural South Dakota, and was named an Eminent Farmer by SDSU in 1999.
Dennis was an active advocate for 4-H, serving as a Lincoln County 4-H leader and chairman of Lincoln County 4-H Leader’s Association. He was one of the leaders in developing the Shooting Sports program in Lincoln County to teach children gun safety, as well as an instructor for the Hunter Safety program. Dennis was an avid outdoorsman, enjoying hunting, fishing, and camping with his family and friends. Dennis was an active member and leader within the Canton United Methodist Church. Always thinking and making plans, even while hospitalized fighting cancer, his current plan and one that brought him joy and satisfaction was the decision to fund a revival in the Canton area as a part of the community’s 150th anniversary celebration in 2016. He wanted others to find the grace, joy and life he had found through a personal relationship with Jesus Christ.
Grateful to have shared his life are his wife Lynette, children Michele (Tony) Nielson and grandchildren Justin, Caitlyn and Ryan of Brookings , DeAnn (Eric) Eidem and grandchildren Calla and Benjamin of Rapid City, and Scott (Betsy)Hardy and grandchildren Blake, Caleb and Craig of Marion, IA; siblings LaVonne Hardy of Beresford, Lynn (Lori) Hardy of Milbank, Brian (Robin) Hardy of Sioux Falls, Marilyn (Richard) Hyronimus of Beresford, and Jan (Jim) Claggett of North Syracuse, NY; sister-in-law Karla Hardy of Sioux Falls; a special aunt Elverna Buttz of Ankeny, IA; numerous nieces, nephews, cousins, relatives and countless beloved friends. He was preceded in death by his parents Scott and Miriam Hardy, brother Daryl Hardy, nephew Eric Hardy, niece Ashley Heather Claggett, and great-niece Madelyn Michaloski.