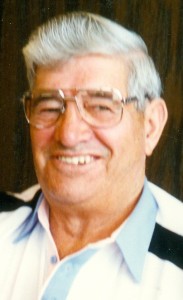 Carl was united in marriage to Fern Lorraine Butcher on December 27, 1944.  Following military service they farmed in the Canton area until retirement in 1986.  After retirement they enjoyed winters in Arizona and summers in South Dakota.

Carl was preceded in death by his parents Oluf and Ingrid, brothers and sisters.  He is survived by his wife Fern, children Stephen (Barb), Patricia, Marcia, Charles (Lorie), several grandchildren and great grandchildren.