Visitation: Visitation will be Monday from 2 to 8:00 p.m. at Anderson Funeral Home in Canton. Family will greet visitors from 6 to 8:00 p.m.
Service: Her funeral will be at 10:30 a.m. Tuesday, Dec. 23, at Canton Lutheran Church 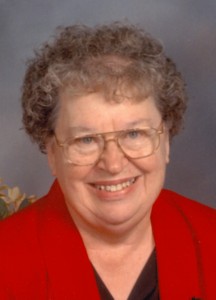 She married Lester Nelson January 2, 1953.  They made their home in Canton.  Through the years, Deloris was a wife, mother, teacher, bookkeeper, factory worker, and antique dealer.  In 1974, Deloris and Lester opened Nelson Antiques and Second Hand Store.  They operated the store for twenty years, until Lester’s health began to fail.   She was a life-long member at both Canton Lutheran Church and VFW Auxiliary #3164.