Visitation: Visitation will be Tuesday from 2 to 8:00 p.m. at Anderson Funeral Home in Canton, with family present from 6 to 8:00 p.m.
Service: Funeral services will be at 1:30 p.m. Wednesday, Sept. 10, at Canton United Methodist Church. 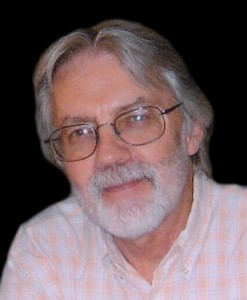 Tony was born November 7, 1946 in Canton, SD, to Arnold and Helen (VanBockern) Severson.  He attended Bailey #6 Country School through the 7th grade in rural Canton.  Tony then attended Canton Public School and graduated in 1964.  He joined the US Army in 1966 and served in Vietnam.   Tony achieved the rank of E-5 before being honorably discharged in 1969. Tony was a lifetime member of the VFW.

Tony was united in marriage to Denys Wallquist, and to this union one child, Lance Severson, was born. He lived on acreage near Larchwood, IA.  Tony was later united in marriage to Deb Johnson, and to this union two children were born, Jamie and Jace Severson.  Tony and his family moved to Marshall MN where he worked at Schwan’s for 25 years as a Senior Production Analyst.

His interests included muscle cars, hunting and working outdoors. He spent the years of his life with his family doing the things that he loved:  having bonfires and BBQs, playing poker and listening to music.  Tony was his children’s and grandchildren’s biggest fan and he was their hero.