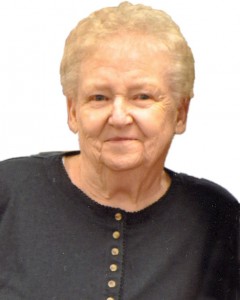 Lyda was born on December 26, 1930 in Rock Rapids, IA to Earnest and Hilda (Langfeldt) Hermann. Her family lived in Rock Rapids for a short time before moving to rural Canton, SD. She was baptized and confirmed at Canton Lutheran Church.   She attended Dayton school for 8 years. She married Francis Short on September 8, 1951 in Luverne, MN.  After her husband’s death in 1989, Lyda moved into Canton.

She enjoyed embroidery, crocheting, baking, taking care of her potted plants and in her younger years, canning and gardening.She also treasured the time spent with her grandchildren and was famous for her birthday cakes.