Visitation: Visitation will be Friday from 2-8 p.m., family present from 6-8 p.m., at Anderson Funeral Home in Canton.
Service: Funeral services begin at 10:00 a.m. Saturday, May 3 at Canton Lutheran Church. 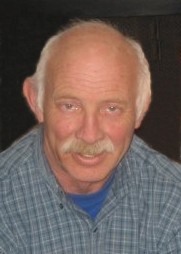 Terry Lee Bergerson, 64, of Canton died on Wednesday, April 30, 2014 at the Sanford USD Medical Center. Funeral services begin at 10:00 a.m. Saturday, May 3 at Canton Lutheran Church. Visitation will be Friday from 2-8 p.m., family present from 6-8 p.m., at Anderson Funeral Home in Canton.

Terry was born on February 8, 1950 to Oscar and Hazel (Vesting) Bergerson in Sisseton, SD. He was an Eagle Scout and a graduate of Sisseton High School and Augustana College. He married Eileen Iverson on October 26, 1974. They lived in Lennox, Colton, and Wilmot before locating in Canton. He was the assistant director of the Sioux Falls Boys’ Club, the business manager for the Wilmot School District, but dedicated 29 years to the Canton School District as their business manager.

Terry was active in his professional organizations serving many years as a director and officer in the School Administrators of South Dakota and the South Dakota Association of School Business Officials. In 1993 he received an award for the Outstanding School Business Official. He was also active at Canton Lutheran being on the board of parish Education and as a trustee and treasurer. He served on the board of directors for the Hiawatha Golf Course.

He loved spending time with his family at their cabin on Red Iron Lake and taking numerous family vacations. Terry was an avid fisherman, hunter, and golfer. He had a delightful sense of humor and a caring heart!

Terry will be deeply missed by his wife, Eileen, Canton, and his son, Jared, of Sioux Falls, his sister, Mary (Robert) Sieger of Durango, CO, two brothers, Brian (Marquetta) of Des Moines, IA and Stephen (Lois) of Minnetrista, MN, and many nieces and nephews.  He was preceded in death by his parents and his son, Keith.