Visitation: One hour prior to her service at the church.
Service: Her funeral service will be at 10:30 a.m. Saturday, April 26, at Canton Lutheran Church Bethlehem Chapel. 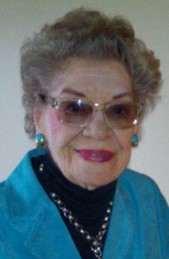 Sioux Falls.  Norma Anna Roggenkamp, 98, died Wednesday, April 23, 2014 at Brookings Health System.  Her funeral service will be at 10:30 a.m. Saturday, April 26, at Canton Lutheran Church Bethlehem Chapel.  Visitation will begin one hour prior to the service at the church.

Norma was born December 7, 1915 on a farm near Tea, SD to Reinder and Helena (Musch) Stroman.  She attended country school near Tea.  Norma married Otto Roggenkamp September 20, 1946.  She lived in Seattle, WA and Canton before moving to Sioux Falls.  She worked at Boeing while in Seattle and was a nurse’s aide in several nursing homes.  Her career was caring for other people. Her hobbies included travel, enjoying wildlife and pets.

Norma is survived by her sister, Lenore Thomson of Sinai, SD, and many nieces, nephews, and friends in Sioux Falls and Canton.  She was preceded in death by her parents, sisters, Bertha Kessel and Ada Stroman, and brother Harry Stroman.