Visitation: Visitation will be Monday from 2 to 8 p.m. at Anderson Funeral Home in Canton, with family present from 6 to 8 p.m.
Service: His funeral will be at 10:30 a.m. Tuesday, Feb. 4, at Canton United Methodist Church. 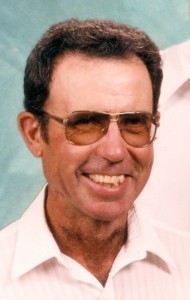 Canton.  James ‘Jim’ A. Carpenter, age 72, died Thursday, Jan. 30, 2014 in hospice care at Fellowship Village in Inwood, IA, surrounded by his family following a courageous battle with cancer.  His funeral will be at 10:30 a.m. Tuesday, Feb. 4, at Canton United Methodist Church.  Visitation will be Monday from 2 to8 p.m. at Anderson Funeral Home in Canton, with family present from 6 to 8 p.m.

Jim was born October 30, 1941 near Canton to Ed and Florance (Riley) Carpenter.  He attended country school and graduated from Canton High School in 1959, having been very involved in FFA, football and other activities.  Following graduation he joined the U.S. Navy and served 3 ½ years as an aviation mechanic.

Jim married Jeanine Johnson September 17, 1965 at Ellsworth, MN.  The couple made their home on a farm near Canton.  He was very involved with his children and grandchildren, assisting them in 4-H and many other activities.  He loved spending time with his grandchildren and attending their events.  Jim was an active member of Canton United Methodist Church, serving in many capacities.  He served on the Township Board and was a past member of Lincoln County Farm Bureau and Lincoln County Pork Producers. Jim was chosen by the South Dakota FFA Association to be recognized as an Honorary Chapter Famer.   He also enjoyed fishing, camping, canoeing, biking, and watching football.  He rarely missed a C-Hawks game.