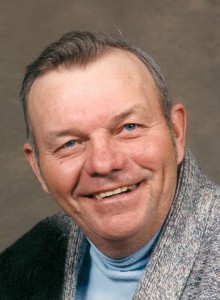 Harlan Brynjulson, 82, passed away Monday, Nov. 25, 2013, at the Canton Good Samaritan Society.  Funeral service will begin at 1 p.m. Saturday, Nov. 30, at Grand Valley Lutheran Church.  Visitation will be Friday from 2 to 8 p.m., family present 5 to 7 p.m., at Anderson Funeral Home in Canton.

After his marriage, he began working for the Dept. of Agriculture while living in Watertown.  In 1960, the couple moved south of Canton and began farming.  Harlan briefly worked as a machinist at Grand Labs in Iowa and also worked at McCord/Behr.  He retired in 1996. After retirement, Harlan and Dorothy enjoyed traveling.  Harlan suffered a stroke in 1998.  They moved to Canton in 2000. He was a member of the American Legion and Grand Valley Lutheran Church.