Visitation: Visitation will be one hour prior to the service at the church.
Service: Funeral services will be at 2PM Thursday, Oct. 31, at Canton United Methodist Church, with burial at Forest Hill Cemetery near Canton. 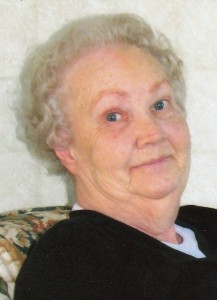 Agnes Teach, age 75, passed away on Sunday, October 27, 2013 in Watertown, SD. Funeral services will be at 2PM Thursday, Oct. 31, at Canton United Methodist Church, with burial at Forest Hill Cemetery near Canton.  Visitation will be one hour prior to the service.

Agnes Janet Teach was born April 11, 1938 in Doon, Iowa to Dick and Crisena Tilstra. Agnes grew up near Fairview, SD. She was the eldest of eleven children. She graduated from Inwood High School in 1956. She then travelled to Elgin, Illinois where she lived with relatives while working at the watch factory. After returning to Fairview, Agnes met and married Orlando E. Teach.  They raised their family in the Canton area, settling near Newton Hills.  Agnes was an active member of Canton United Methodist Church and enjoyed being a member of Nightingales Circle.  She was adept at playing the keyboard, painting, and crafts especially crochet.  Agnes was a devoted mother, grandmother, daughter, sister, and friend.  After the death of her husband, Agnes worked as a housekeeper for Watertown Country Inn.   She enjoyed traveling to visit her children in Georgia and Oregon. She retired in Canton then moved in 2009 to Sunnycrest Apartments in Sioux Falls. Agnes had a great deal of resolve and was a long term survivor of metastatic lung cancer. She strived to live independently in spite of the consequences of cancer treatment.  In June 2010, Agnes moved into the Sioux Falls Good Samaritan Village.  Her smile, grace, and sparkling blue eyes captured the hearts of many who cared for her. She relished playing Bingo and appreciated the many musical events offered there.