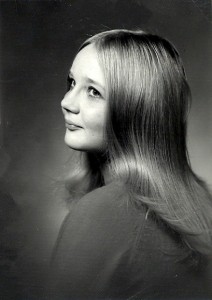 Sharon was born September 26, 1955 in Canton, SD to LeRoy and Mary (Anderson) Aasheim.  She was baptized and confirmed at Canton Lutheran Church and graduated from Canton High School in 1973.

In addition to taking care of her children, she had worked at Ottis Radio, K-Products, and ran an in-home daycare.  In her younger years she enjoyed playing bingo.  She loved her dogs, enjoyed collecting pigs, and could often be found cruising around listening to the oldies.  She had a knack for crafts and sewing.  She made quilts, dresses, and her own wedding and bridesmaid dresses.

She was preceded in death by her father, LeRoy;  son, Charles Thomas Muller, Jr.; and husband, Charles Muller.