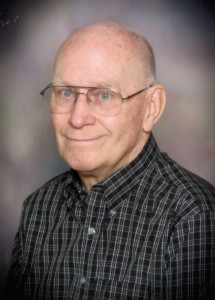 After graduating from Canton High School in 1944, Dan joined the Merchant Marines where he served until 1948. He then returned to Canton where he was a police officer until joining the Army with his younger brother Art, later the same year.  He was honorably discharged in February 1950.  After leaving the Army, Dan returned to Canton to work with his father, Fritz.

Dan met the love of his life, Bonnie Matteson, in January of 1951 and they were married on May 26 of the same year.  They celebrated their 61st anniversary in 2012.

Dan and Bonnie moved to Arizona in 1995 but for many years returned to South Dakota each summer where they would serve as volunteers with the Corps of Engineers at Lake Oahe near Pierre, SD, at Newton Hills State Park, and finally at Custer State Park in their beloved Black Hills, where they first honeymooned.