Service: A graveside service will be held at 10 am Saturday, October 6, 2012 at Woodlawn Cemetery in Sioux Falls. 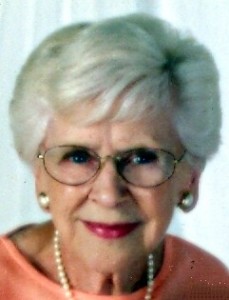 Born on January 29, 1914 on the Gudmundson farm, Fryda attended rural county school, Augustana Academy, and Augustana College, where she received her State Teaching Certificate. Fryda received her B.A. Degree in Education from Sioux Falls College. Throughout her years in the classroom, her first 6 in the Lincoln County Schools and the last 20 years in the Sioux Falls public schools, Fryda touched the lives of many of her students.

Fryda and Lawrence were married for 65 years and had been members of Our Saviors Lutheran Church for 50 years. Due to Lawrence’s failing health, in 2003, Lawrence and Fryda moved to Plano, TX, to live with their daughter Karen. Both were forever grateful for the loving care and support they received from family and friends, near and far, during this time.

In honor of Fryda’s wishes to be cremated, a graveside service will be held at 10 am Saturday, October 6, 2012 at Woodlawn Cemetery in Sioux Falls. www.anderosnandsonsfh.com