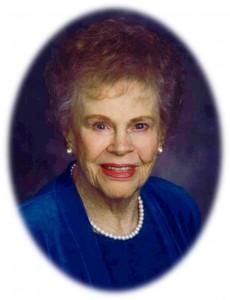 A memorial service for Mrs. Eva M. Vickerman will be held at 11 a.m. Saturday, July 9, at Canton United Methodist Church.  Mrs. Vickerman, 98, died  October 29, 2010 in Oro Valley, AZ, where she had lived since leaving Canton in 2006. A lunch will be served by the women of the United Methodist Church following the service.
Eva Margaret Carlson was born July 4, 1912, in the Lincoln County farm home of her parents, Charles John and Anna Emilia Lundgren Carlson, who came to this country from Sweden.  She attended Lincoln Center rural school and graduated from Canton High School, where she played basketball, in 1929
She was married to Clifford E. Vickerman on October 31, 1936.  They lived in Canton, wintering in Arizona, until his death in 1995.  The following year she returned to AZ in the winter and permanently moved to the Oro Valley area in 2005.
Their children are John C. Vickerman (Diana) of Millersville, MD;  Thomas R. Vickerman of Pierre, Glenann Hanson (Dennis) of Oro Valley, AZ, and Paul C. Vickerman of Council Bluffs.  She is survived by ten grandchildren and 17 great-grandchildren.
Interment will be private.
www.andersonandsonsfh.com