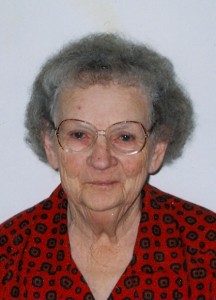 She is preceded in death by her husband, Kenneth and daughters, Neva Garrett and Roberta Miller.  She is survived by her sons, LeRoy (Charlotte), Sioux Falls, and Joe, Canton; and daughters, Marie (Fred) Boekhoff, Sioux Falls, and Lynn Miller, Pennsylvania.  She is also survived by a grandson, Brian Haas, which she and Ken raised along with many other grandchildren and great-grandchildren.  A private family burial will be held at Forest Hill Cemetery, Canton, SD.
www.andersonandsonsfh.com