Visitation: Visitation will be Wednesday from 2-8 p.m., with family present from 6-8 p.m., at Anderson Funeral Home in Canton. A prayer service will be held at 7:00 p.m.
Service: Funeral services will begin at 11:00 a.m. Thursday, April 28, 2011 at Lands Lutheran Church rural Hudson, SD. 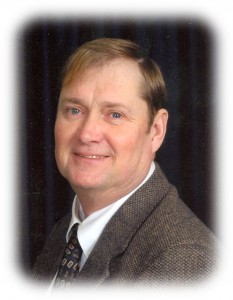 Nick Merlin Dominisse passed away on April 24 on Easter Sunday at McKennan Acute Care Hospital in Sioux Falls. He had suffered with prostrate, bone and brain cancer for the past nine years and had tremendous will for life and love of his family. Funeral services will begin at 11:00 a.m. Thursday, April 28, 2011 at Lands Lutheran Church rural Hudson, SD.  Visitation will be Wednesday from 2-8 p.m., with family present from 6-8 p.m., at Anderson Funeral Home in Canton.  A prayer service will be held at 7:00 p.m.
Nick was born November 20, 1949 at Randolph, NE the son of Merlin and Shirley Dominisse. He was baptized at the Catholic Church in Randolph. He lived in Randolph, Mandan, ND and several areas in South Dakota before his family moved to Sioux Falls where he grew up and received his final education.
He met his future wife, Sharon Knutson, in Sioux Falls. They married on June 12, 1971 at Lands Lutheran Church in rural Hudson, SD.
Into this union they were blessed with three children, Tamyla, Cynthia and Travis. You couldn’t have asked for a more proud father. He taught them everything he knew and made them strong enough to handle and do anything in life.
He worked several jobs as a mechanic in Sioux Falls before going into drywall construction. Due to his father-in-law’s poor health, he took over farming the family farm, Dominisse Farms, Inc., in 1982 which he still was currently involved in with his children. He had his own drywall company, N & T Drywall, with his son Travis with the help of his daughters Tami and Cindy.
He was blessed with seven wonderful grandchildren, four of which were named after him. He brought so much love to them, even going on a grandparents/grandchildren vacation in 2008. The grandchildren brought so much more love to him than he ever had imagined. If you could write a book on how to love your family, we would say he did.
Nick loved the outdoors, birds, making things grow, and building things. He taught us all how to become what we wanted to be with strong will and determination.
He is survived by his wife, Sharon; his children, Tamyla (Chad) Lynott, Hawarden, IA, Cynthia (Matt) Foerster, Brookings, SD and Travis (Renee) Dominisse, Hudson, SD; grandchildren, Dillon, Carson Nicholas, and Drake Lynott; Makenzy Nickole, Jaden, and Landon Nick Dominisse; and Ethan (Nikolaus) Foerster; his mother, Shirley Huey, Sioux Falls; sisters, Linda Aksland, Sioux Falls, SD Judy (Roger) Musch, Lennox, SD and Marian (Dick) Dreesen Magnolia, MN.
Preceding him in death were his parents, Palmer and Alyce Knutson and Merlin Dominisse, and his step-father Melvin Huey.
www.andersonandsonsfh.com